How Muslims Are Using Clubhouse To Find Spirituality, Community, and Even Love | Muslim Girl

By Nailah Dean 1 day ago Woman in Islam Comments Off on How Muslims Are Using Clubhouse To Find Spirituality, Community, and Even Love | Muslim Girl 0 Views

Why Rana Abdelhamid Chose To Run for Congress | Muslim Girl

“A Pandemic in Residence” Is a Must-Read Book | Muslim Girl 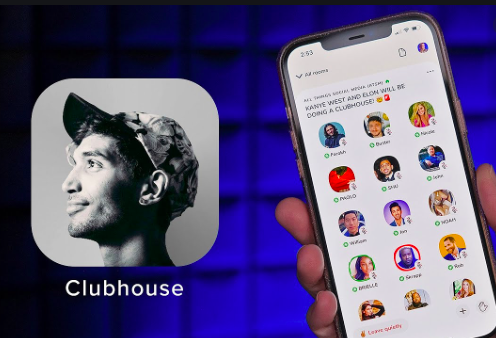 Ramadan in 2020 was like no other. At a time when Muslims around the world would normally gather in crowded mosques or dining rooms to break fast with family or friends, we were forced to find solace in virtual gatherings. Although this year, some mosques have re-opened to allow for socially distanced taraweh, for the most part, Muslims around the world have once again found ourselves filling our spiritual cups with online content.

Imams and scholars have used Livestreams on Facebook, Instagram, and YouTube, to share lessons from the Quran and the Sunnah, bringing hearts and minds closer to the Divine. Although many Muslims continue to increase spiritual connectivity on the same social media platforms from 2020, there are some that have turned their focus to Clubhouse.

Clubhouse, the exclusive app on iPhone that allows users to engage in chatrooms with real-time audio, has been an unexpected, positive addition to the way Muslims commemorate Ramadan. Muslims of all ages are gathering in virtual dhikr circles and mini halaqas in numbers as small as five and as many as three hundred, to strengthen their connection to God.

By far, the most popular chatrooms are those with the words Muslim dating in the title.

On my own journey to find community and increased spirituality this month, I’ve entered clubrooms to participate in round-robin Quranic recitation (club: The Quran Room), stayed up listening to late night lectures about the importance of supplication (club: Celebrate Mercy) and contemplated forms of emotional intelligence through the lens of Prophetic teachings (club: Mizan: Islam & El). In these virtual chatrooms, strangers meet sandwiching in laughter between bouts of storytelling and deep reflection on the purpose of life and our obligations to God.

Although our religious leaders are only just now discovering this virtual hotspot, young Muslims — the twenty or thirty somethings — have been using this platform for months. During the lockdown winter months, my friends and I spent hours sliding through the hallways of chat rooms hosted by Gen Z or Millennial Muslims seeking to engage in stimulating (or controversial) conversations. Clubhouse’s unique audio feature allows audience members to “raise their hand” to be invited to the “stage” to engage in unscripted, unfiltered commentary in real-time.

By far, the most popular chatrooms are those with the words “Muslim dating” in the title. While the points of discussion span from critiques on polygyny to opinions on the best/worst Muslim dating apps, the most important conversations I’ve witnessed delve into the effects of racism and ethnocentrism on Muslim dating. As someone who has made it a hobby (and maybe even an obsession) to study the problems that plague the Muslim marriage market, I believe platforms like Clubhouse are key to sparking a cultural change.

Before Clubhouse (and before the pandemic), such conversations about how racism/ethnocentrism impact the Muslim marriage market were only ever discussed behind closed doors, in private spaces amongst close friends. Now that’s beginning to change.

In March, founders of a new Muslim dating app called Qismet, or “fate” in Arabic, hosted a room titled “Black Muslim Dating Experience.” There, a panel of men and women facilitated a conversation about how Black and African Muslims feel marginalized when trying to meet single Muslims for marriage on the apps, through matchmakers, and at the mosque. One woman, a Black American convert in her late thirties, lamented about how she felt unwanted and rejected in many of the online platforms she used to meet like-minded Muslim men. Another woman, a Kenyan American, age 29, and a divorced, single mother, shared her experiences about feeling fetishized by the Arab or Desi men she met in the online community. The conversations that ensued involved back-and-forth discussion between the hosts and audience members, which included non-Black men and women who recognized and sympathized with the women who spoke, acknowledging their struggle and testifying to the problem of Black Muslims being seen as lesser-than in our community.

So why do people feel comfortable bringing forth these stories on Clubhouse? What is it about this app that has made people come forward to share their thoughts and experiences on taboo topics?

Clubhouse creates an easy-going platform by allowing for a noncommittal approach to conversations.

I believe the answer lies somewhere between the culture that is being cultivated on the app as well as the unique, voice dependent technology. First, Clubhouse creates an easy-going platform by allowing for a noncommittal approach to conversations. It’s essentially like an interactive podcast where people can enter and exit rooms without much fuss. Audience members that choose to engage in the discussion are comforted by the small group numbers and the fact that there is no video element which often causes people to feel self-conscious.

The second ingredient for success here, is the voice element. People feel emboldened and empowered to engage on topics that they may otherwise not have had the courage to speak about in public or on camera. The audio-only feature really humanizes and personalizes massive issues like racism or ethnocentrism which are often seen as confrontational, intractable issues. I believe these aspects enable Clubhouse to break down barriers in a community where discussions about taboo topics often get sidelined.

The app also encourages more creative solutions for marginalized single Muslims to find love. Popular teachers/influencers like Village Auntie, a Black American Muslim woman who produces sex education workshops and online content, hosted clubrooms for single Muslims that were brave enough to go on the virtual stage and “shoot their shot” with audience members they were interested in pursuing for marriage purposes.

When I entered her clubrooms (and other copy-cat versions), I noticed how much more diverse they were than most of the matrimonial websites and apps. While such initiatives are critiqued for not being halal and not being super effective, I believe it’s important to continue developing innovative ways for Muslims to meet that break down the racial and ethnic divides that so often prevent love and marriage.

In a time in which Muslims are seeking to be more outspoken about our deficiencies in supporting Black communities and Black Muslims, I hope and pray that Clubhouse continues to serve as a positive way for us to address these issues. Maybe Clubhouse will cause a culture shift, and spark new avenues for young Muslims of all colors and from all backgrounds to find love and marriage.

On Saturday, the New York Times published a shocking full-page advertisement paid for by Rabbi …