Libyan LGBTQ+ activists speak out on violence by extremist militias

The heavy toll of the Israel-Hamas war, by the numbers 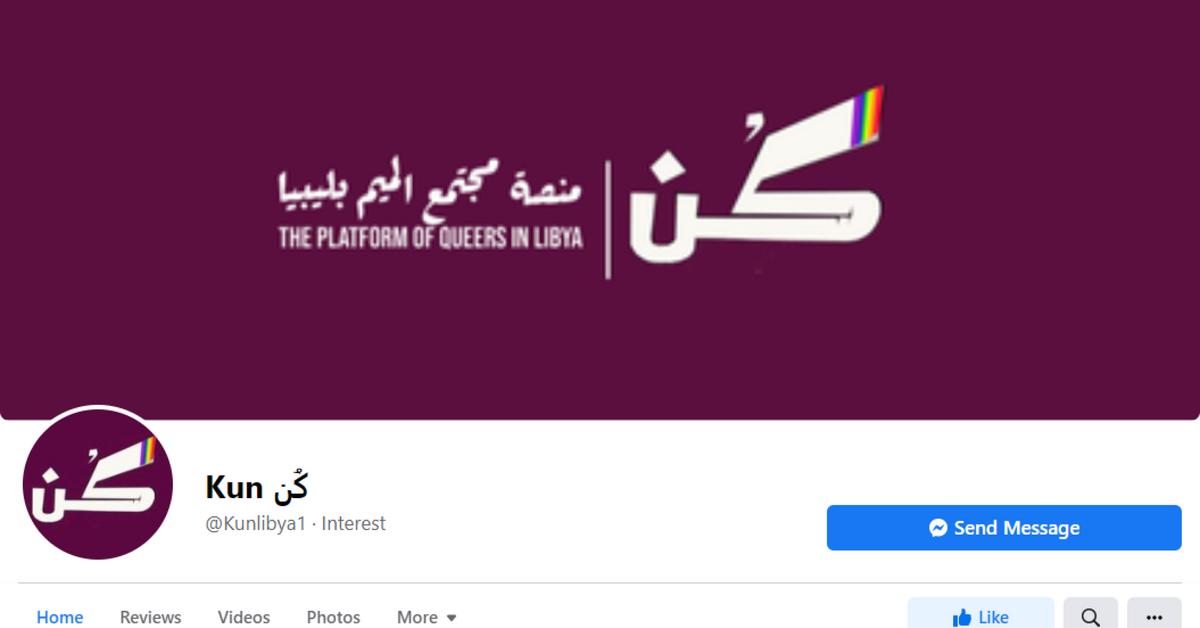 A multisided armed conflict has been raging in Libya since the country’s NATO-backed uprising ousted and killed dictator Moammar Gadhafi on Oct. 20, 2011. Lost from view as the media and nongovernmental organizations have focused on continuous cease-fire violations has been the targeting by extremist Islamist militias of LGBTQ+ individuals.

Libyan LGBTQ+ activists told Al-Monitor that members of their community have been victims of beatings, imprisonment and murder by the armed militia groups. “We risk kidnapping, torture or forced disappearance by militias. Most people of the LGBTQ+ community in Libya don’t have any hope that things will change for the better,” said an LGBTQ+ activist who asked to speak on condition of anonymity for security reasons.

The 22-year-old Libyan LGBTQ+ activist, who now lives in Tunis, the capital of neighboring Tunisia, added, “I fled Libya five years ago when I got into trouble with the militia and my family. Leaving is often the only solution. If they can, LGBTQ+ people first go to Tunisia, hoping to be resettled in a safe country with the help of the UN Refugee Agency UNHCR.”

But as the Libyan activist who fled Libya pointed out, “not everyone is able to escape and migration cannot be the solution. We need social change.”

In 2019, she and three other Libyan LGBTQ+ refugees set up Libya’s first LGBTQ+ web platform, Kun Libya (which in Arabic essentially means “Be who you are”).

At that time, the Libyan civil war reached a new climax, and a surge of extreme violence ensured toward LGBTQ+ individuals, she said.

“People from our communities were one of the main targets of militias that had been given free rein because of the civil war. A list of cafes accused by militias of being LGBTQ+ friendly circulated. People disappeared, their phones were confiscated and tapped. But the violence remained invisible to the international community,” the activist said.

She said Libya, in contrast with most other nations in the region, “didn’t inherit strict laws against homosexuality from the French or British colonial system of justice.”

Still, she said, “Militias looking for a legal basis can refer to the Libyan penal code, which prohibits both extramarital sexual intercourse as well as ‘indecent acts with a partner with their consent’ or rely on public order laws.”

Libya imploded into chaos after NATO-backed forces overthrew the long-serving Gadhafi a decade ago. Today, two opposing forces are vying for control over the oil-rich country.

On one side has been the internationally recognized government in the capital, Tripoli, and on the other a movement in eastern Libya led by Khalifa Hifter, the rebel commander of the self-proclaimed Libyan National Army.

Hifter has relied on the support of France, Russia, Egypt, the United Arab Emirates and Saudi Arabia. For these countries, he seems to be the ally in the fight against the threat posed by violent Islamist extremism.

However, according to the LGBTQ+ activist, that claim is “at least highly debatable. … Hifter’s army includes some important Islamist groups. I can’t say eastern Libya is any safer for LGBTQ+ people.”

The activist said involvement in human rights issues, and in LGBTQ+ rights in particular, can be dangerous in the region. “Even workshops in Tunis proved too unsafe. Now all our activities are online. Part of our strategy includes publishing interviews with LGBTQ+ friendly celebrities in an attempt to normalize LGBTQ+: ‘It could be your neighbor or the waiter at the restaurant.’ Our message to the LGBTQ+ community is, ‘We are with you.’”

However, in Libya, this message can be fatal, Human Rights Watch says in a rare report on the situation of LGBTQ+ individuals in the country. It says, “In parts of Libya, being an ‘out’ LGBTQ+ activist can mean courting death.”

Younes said, “There is no sign of progress. In Libya, LGBTQ+ people face persecution, discrimination and violence, have little access to resources and safe spaces aside from the informal communities they form. Many LGBTQ+ people in Libya are forced to practice self-censorship, because an indication of their identities could lead to arrests and violence by armed groups, private individuals, and families, with no access to legal recourse or government protection.”

Despite the danger, Kun Libya includes a team of 12 activists on the ground whose identities are kept strictly confidential.

Moussa, a pseudonym for a member of the 12-member team, is based in the capital. “We try to offer practical support to LGBTQ+ individuals in need,” the activist said. “Just the other day I put someone in touch with a friendly ‘open-minded’ psychiatrist. Apart from that, we inform the board about what is going on, using encrypted systems.”

For an 18-year-old who grew up during the civil war, the risk of being killed seems to have become almost routine. “I can be arrested or murdered any day, I know. But I have a good network, also within a [local] militia. I also participate in a UN program. That organization might also protect me,” Moussa said.

The activist provides a glimpse of the modus operandi of militias, saying, “‘Suspects’ are tracked through wiretaps, snitches and so-called decoys. In order to escape torture or rape, some formerly imprisoned LGBTQ+ people work for the militia. But sometimes members of the militia who are themselves LGBTQ+ organize their own ‘gay parties.’”

He said that upon release from prison, some LGBTQ+ members become more isolated and vulnerable. “Former prisoners remain silent or make up something out of shame and fear of being discovered. They often tell their families that their arrest was a ‘mistake.’ Over the last 10 years, Libyans have gotten used to people (temporarily) disappearing for various reasons,” Moussa said.

M.N., a pseudonym a Tripoli-based woman uses for security reasons, told Al-Monitor about a similar experience. “The militias work with fake homosexuals. Once, a ‘friend’ proposed to introduce me to a friend of hers who [supposedly] was gay. By marrying him I could live secretly with a woman, and he with a man. Just in time, I found out that the supposed friend works for a [local] militia.”

Decades of living with fear and acting “straight” are breaking her down. “I am tired and stressed. I have done everything to become ‘normal’ and tried to establish relationships with a man. My family constantly introduces me to marriage candidates. I am desperate.” Stories such as M.N.’s lay bare the limited powers of Kun Libya.

“One time I looked at their Facebook page and mustered up my courage to post a comment. Anonymous. Not anymore. What if my family finds out? I only look on foreign sites now.”

Still, some involved with Kun Libya at least have some hope.

In March, Libyan lawmakers approved a unity government to lead the nation to December elections, widely seen as a key step toward ending a decade of chaos. “We are not there yet. Not all the conflicts have been settled, but it is our duty to be optimistic and support the new government,” Moussa said.

And the 22-year-old co-founder of Kun Libya living in Tunis also provides some perspective. “Against all odds, for the first time in Libyan history, LGBTQ+ people are visible. The mere fact that our organization exists is a sign of progress. Before the revolution, that was unthinkable. It was even debated on TV the other day.” In addition, the UN has launched a fact-finding mission that explicitly covers violations of LGBTQ+ rights.

Acting on a tip from the US government, Turkish authorities have arrested a senior Islamic …