alislamnews 3 weeks ago World News Comments Off on Migrant workers flee Bangladesh’s capital ahead of a new lockdown. 0 Views 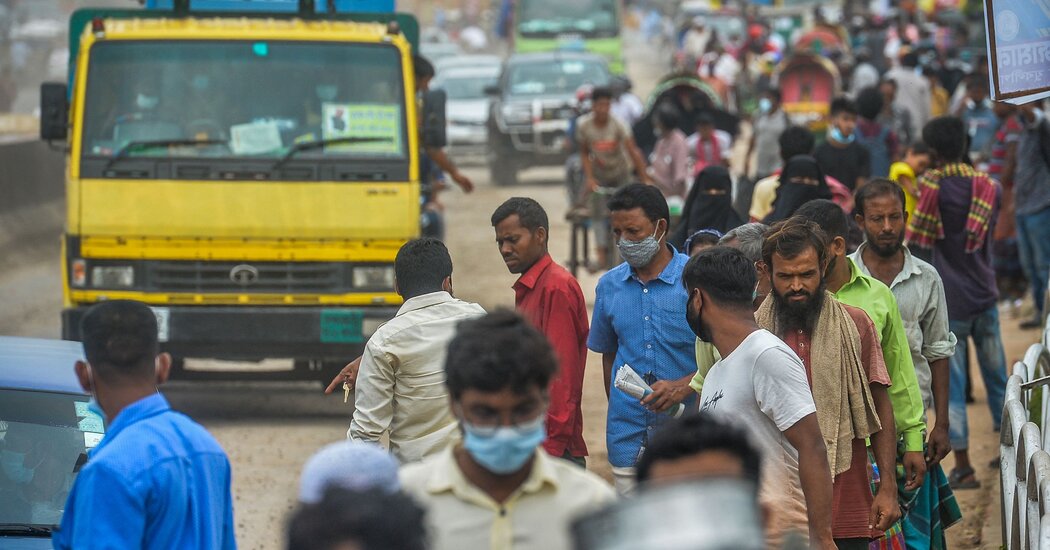 Bangladesh will return to national lockdown by the end of the week, responding to a wave of infections that on Monday brought its highest single-day death toll of the pandemic so far.

The looming restrictions, imposed in a series of steps, have sent tens of thousands of migrant laborers in Dhaka, the capital and largest city, scrambling to get to their villages in scenes reminiscent of neighboring India’s migrant exodus last year.

The garment industry, which employs 4.5 million people and makes up 80 percent of the country’s exports, will remain open. But other businesses were instructed to limit their operations to minimum levels of required staffing, and almost all public transportation systems are either closing or already closed.

Residents of Dhaka expect to be largely confined to their homes after Thursday, the first day of what the government has called a “hard lockdown,” though how strictly the measures will be implemented remains to be seen. The government has said the army, police, and border guard will be deployed for strict enforcement.

Bangladesh had slowed the spread of the virus with sporadic restrictions and reduced movement while trying to keep much of the economy open. But a fast-spreading wave now, with barely 3 percent of the population vaccinated, has forced officials to take more drastic measures.

The country reported 119 deaths on Monday, the highest daily toll since the pandemic began, while the test positivity rate was over 20 percent. Bangladesh has officially reported a total of nearly 900,000 infections and 14,172 deaths from the virus, though experts believe the true numbers are much higher.

The current lockdown has been gradual. The government stopped trains and long distance buses last week. It also imposed lockdowns in seven districts surrounding Dhaka, aiming to avert a surge there. Shopping malls are closed, and restaurants are limited to takeout orders only.

The full lockdown, initially expected to last one week, begins on Thursday. All transportation systems except for auto-rickshaws will be shut.

As the latest lockdown approached, ferry stations in Dhaka have been swamped by people trying to cross the river to the southern districts.