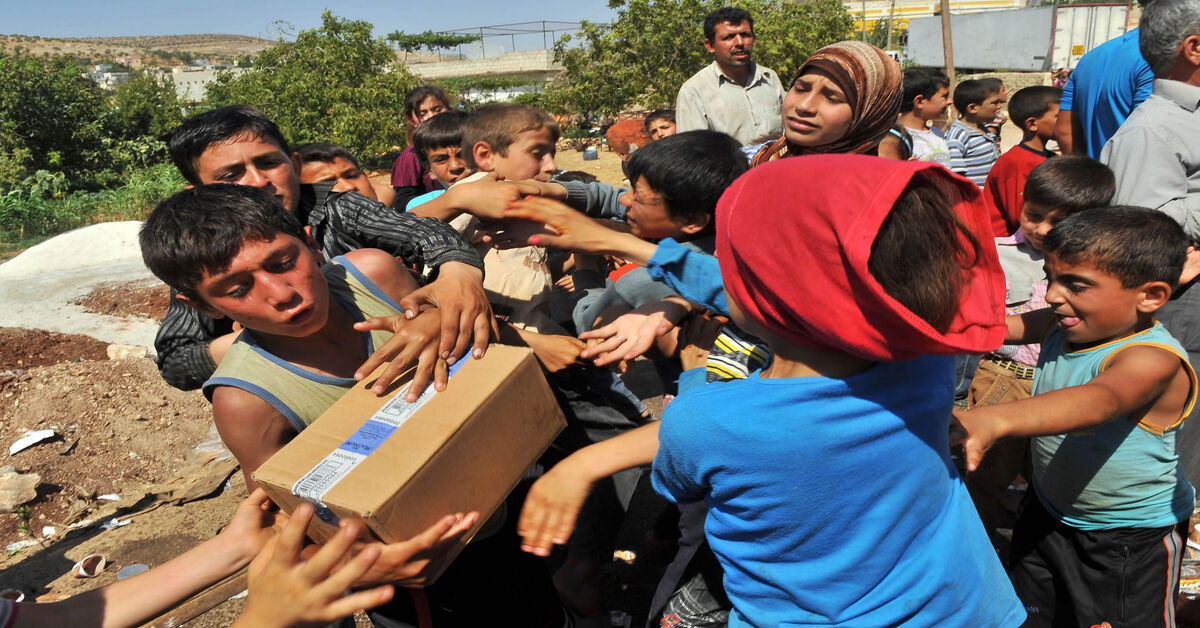 ALEPPO, Syria — Doctors Without Borders (MSF) recently called on the United Nations Security Council member states to renew the mechanism for the provision of humanitarian aid into Syria via the Turkish al-Yarubiyah border crossing, which is located on the opposite side of Bab al-Hawa crossing in Syria’s northwestern province of Idlib. The UN resolution on cross-border aid into Syria expires July 10.

MSF said in a press release June 19, “More than 4 million people in northwest Syria will lose access to desperately needed medical and humanitarian aid if the United Nations Security Council fails to renew its mandate for cross-border aid by July 10.”

“If this lifeline is cut off, we would see more deaths,” MSF field coordinator for Syria Abdulrahman M. said in the statement, adding, “If the flow of medical supplies stops through Bab al-Hawa, we might lose our ability to treat patients, as our current stock can only last three months. And if the supply of food and potable water is reduced, diseases and epidemics would affect the internally displaced people and local population.”

The statement continues, “The COVID-19 response and vaccination campaign in the area would be jeopardized by the closure of the last remaining border crossing point, including the flow of personal protective equipment, oxygen tanks, respirators, essential medications and COVID-19 vaccines.”

“MSF calls on permanent and non-permanent members of the UN Security Council to renew the cross-border mechanism, as well as to reinstate the cross-border points of Bab al-Salam crossing to the northwest and al-Yarubiyah crossing to the northeast. Crossing borders remains the only viable humanitarian channel to cover growing needs in northern Syria,” the statement reads.

United Nations agencies have been dispatching aid to Syria through four main entry points from Turkey, Jordan and Iraq since 2014 under a resolution that expires July 10. But deliveries through the Iraqi and Jordanian crossing points stopped last year due to opposition by China and Russia.

However, in 2019 and 2020, Russia and China vetoed the full reauthorization of cross-border aid, removing the crossings of al-Yarubiyah, al-Ramtha and Bab al-Salam from the list of approved humanitarian border crossing points. As a result, only one border crossing, Bab al-Hawa, remains active under UNSC Resolution 2533. The Security Council is expected to vote by July 10 on the renewal of the mandate, which if vetoed, will lead to the closure of the last aid lifeline to Syria.

On June 10, Human Rights Watch called on the UN Security Council to reauthorize aid flows through the Syrian border during its July 10 meeting.

The heads of the foreign relations committees in the US House of Representatives and the US Senate, both Republicans and Democrats, sent a letter June 7 to Secretary of State Antony Blinken, demanding that the United States pressure Russia so as to maintain cross-border aid deliveries to Syria through Bab al-Hawa crossing.

During a visit to Turkey June 4, US Ambassador Linda Thomas-Greenfield said that closing the last humanitarian border crossing to Syria could cause “senseless cruelty” to millions of Syrians. She added, “Without this border crossing, [Syrians] would die.”

On May 26, UN aid chief Mark Lowcock called on the Security Council not to cut the cross-border aid lifeline on which some 3 million Syrians in northern Syria depend.

Mamoun al-Khatib, a journalist and the director of Shahba Press Agency, told Al-Monitor that the international and UN efforts, and NGOs’ demands and appeals to maintain the only aid lifeline to Syrians in northwest Syria are countered by a Russian intransigence that raises fears that international efforts are failing.

In response to these calls, Russia said it is seeking to open three crossings between the government-held areas and the opposition-held areas in northern Syria, based on a proposal put forward March 23. This came after Russian airstrikes hit the vicinity of Bab al-Hawa crossing, Watad Fuel Company in Idlib and a hospital in western Aleppo countryside, after targeting oil refineries in Aleppo countryside.

Mazen Alloush, director of the media office at Bab al-Hawa border crossing, told Al-Monitor that if the mechanism for the provision of humanitarian aid into Syria through the crossing is not renewed, a total humanitarian and economic collapse would be witnessed in the area.

This would result in “depriving more than 1.8 million people of food aid, denying more than 2.3 million people access to clean water, denying bread subsidies to hundreds of camps, reducing the number of hospitals and medical centers, reducing support for camps to less than 25% and preventing humanitarian organizations from the provision of support. Meanwhile, high unemployment rates will increase and basic commodities prices will skyrocket, and more COVID-19 cases will emerge,” Alloush said.

Mohammed al-Hallaj, director of the RCG, told Al-Monitor, “Russia wants to limit the entry of international aid into Syria to the regime-held areas, and to open internal crossings with the opposition for the delivery of aid. We have serious concerns that the regime uses the aid for revenge purposes against the Syrian opposition, or for commercial purposes, in light of the fragile economic situation in areas under its control.”